Saturday, December 10th from 10-Noon in the library’s SAL Room

The Library will provide glue guns, gorilla glue, and ornaments. Bring a sweater and any decorative items that you like, including Xmas lights or bows!

Ghost Stories on a Winter’s Night

In the Victorian tradition of the Charles Dickens classic “A Christmas Carol,” the Waterbury Public Library will host a special event Thursday, Dec. 15, for a spooky exchange of stories on a dark winter’s night.

If you’re looking for an alternative to traditional holiday celebrations, come prepared with a favorite classic ghost story or a personal experience to share and get into the spirit of the season. Library Director Rachel Muse will kick the night off with a Christmas tale and then open the floor to participants’ stories. Holiday or winter-themed stories are especially invited.

This program is intended for adults and teens, starting at 6:00 p.m. Thursday, Dec. 15 in the SAL room.

If you ever wanted to play but felt intimidated this is the perfect group for you!

REGISTER BY EMAILING JUDI@WATERBURYPUBLICLIBRARY.COM OR BY CALLING 802.244.7036.

Games are Euro-styled board games (aka designer games) where there is a mix of chance and skill in the game. Games take 10-15 minutes to explain, play time is between 20-45 minutes, and rule discussion have a 5 minute limit.

The NO PRESSURE BOOK GROUP on ZOOM!

No assignments, no pressure, just talking books with like-minded readers.

1st and 3rd Saturdays from 12-4 pm in person and via Discord.

If you have ever wanted to learn to play Dungeons and Dragons or are a veteran looking for a group to play with, this 5th Edition campaign, led by Dungeon Master Evan Hoffman, will allow for both a fun learning experience and open-ended gameplay.

Feel free to log into the server at any time, where we can provide answers to questions and develop a welcoming community!

Dungeons and Dragons is a communal storytelling game. All you need to play is an internet capable computer (or similar device) and a microphone. A set of polyhedral dice, and paper and pencil can be a plus!

No experience needed. All levels welcome to this low-stress, energetic class.
The chair provides stability and balance, and allows movement without fear.
All are welcome, experienced practitioners and newbies alike!

In the meantime click here to see all the videos Diana has recorded over the last year and 1/2. Enjoy! END_OF_DOCUMENT_TOKEN_TO_BE_REPLACED

We meet the 3rd Saturday of the month from 10-noon in the SAL room and on Zoom.

Please register with judi@waterburypubliclibrary.com and let her know your preference.

“Wertfrei” comes from the German “Wertfreiheit” meaning non-judgmental or value-free. These gatherings are a place where writers can come, share their work, receive comments and suggestions in a supportive, caring environment. Come with what you are currently working on.

Click on the program title to see the video.

Beyond creating community when they play, steelbands also have a “multigenerational feeling,” Lanxner said. The group’s membership varies but generally includes seven or eight musicians, including five steelpan players, ranging in age from 13 to their late 70s.

A Virtual Tour of the Waterbury Reservoir

Through informative photos, videos, & narrative, learn about the history of the reservoir, the geology of the area, the varied wildlife found in and around the water, the different recreational opportunities available, and the challenges faced by the reservoir. Q & A follows. 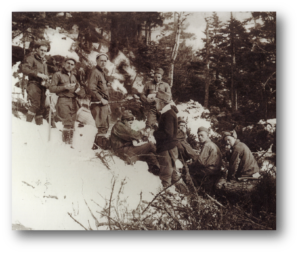 Waterbury had two CCC Camps: the first, established in 1933, was just off North Main Street where the athletic field and swimming pool are today.  The second, the “Charles M. Smith” was established in 1935 and was originally composed of WWI vets who constructed the earthen dam built on Little River to help prevent flooding of the Winooski River.

The VERMONT BEE LAB leads a discussion on bees, beekeeping, and current projects! The Vermont Bee Lab, at the University of Vermont, is a laboratory dedicated to the protection of pollinators through research, education, and outreach.

The secret relationship between Jews and Blacks between 1930-1960 had a profound effect on American popular music. Both ethnic groups borrowed from one another in search of common themes such as redemption, hope, prejudice, faith, and the desire to be accepted as American. The collaboration of Black and Jewish composers and performers created a rich body of popular swing and jazz music that made them feel American. This presentation includes images and recordings of black artists that sang Jewish songs and Jewish artists performing in a jazz style.

Quick Links to Our Free Resources

We are closed most major holidays. 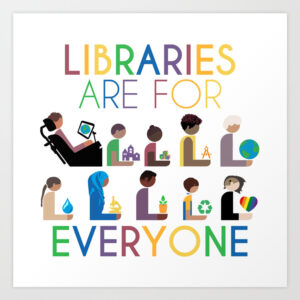